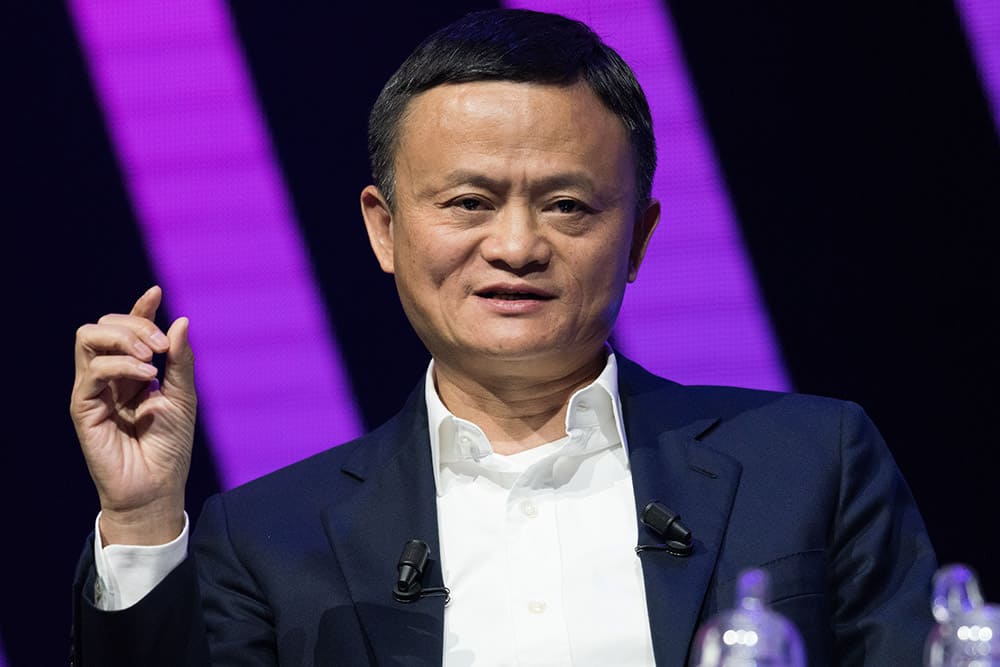 Jack Ma, also known as Ma Yun was born on September 10, 1964, in Hangzhou, Zhejiang, China. He and his two siblings (elder brother & younger sister) grew up at a time when communist China was increasingly insulated from the West, the financial background of his family was not strong when he was young.

Ma started studying English at a very young age, apart from the Chinese language he was also interested to learn the English language. At the age of 9 years, Jack Ma traveled 27 kilometers on his bicycle to guide tourists so that he can be more fluent in English. He further became a guide with a foreigner who nicknamed him Jack as the Chinese name was hard for him to pronounce.

After President Nixon visited Hangzhou in 1972, Ma’s hometown came into limelight and became a famous tourist spot. During his young age, he started to visit the city’s main hotel, offering tourists tours of the city in exchange for English lessons.

To get admission in University, Ma took three years to clear the Chinese entrance examinations as they were held once in a year. In 1998, Jack Ma graduated with a Bachelor of Arts degree in English from Hangzhou Normal University.

Jack Ma started teaching English at Hangzhou Dianzi University after his graduation. He wanted to study at Harvard Business School, but couldn’t qualify the entrance exam, also tried 10 times but got rejected every time he applied. He graduated in 1988 and started to search for jobs.

In the mid-1990’s Jack got to know about the internet for the very first time, from thereon, he began seeing this as a new business opportunity. Ma had no experience with computers, but he was fascinated by the internet when he used it for the first time during a trip to the US in 1995. Jack’s first internet search was “beer,” but he was surprised that no Chinese beer brands were on the list. Then he planned to establish an internet company for China.

He established his first company in 1994, named Haibo Translation Agency, which provided English translation and explanation. Although his first two ventures failed, five years later in 1999, he gathered 17 of his friends in his apartment and convinced them to invest in his mission for an online marketplace which will be known as “Alibaba.” The site allowed exporters to sell their products online that customers could buy directly.

Alibaba, a Global Brand in Making

By October in 1999, the company had initially raised $5 million from Goldman Sachs and $20 million from SoftBank, a Japanese telecom company that also invests in technology companies. The team remained close-knit and patchy. “We will make it because we are young, talented and we never give up,” Ma said to a gathering of employees. When the company makes a profit for the very first time, Ma gives each employee a can of Silly String to go wild with. In the early 2000s, Jack decided to start a new venture named Taobao, it was an eBay competitor, he had his team do handstands during breaks to keep their motivation levels up.

In 2005, Yahoo invested $1 billion in Alibaba in exchange for about a 40% stake in the company. This was a huge crucial turn for Alibaba — at the time it was an attempt to beat eBay in China– and it would eventually be a massive win for Yahoo, who invested $10 billion in Alibaba’s IPO alone.

On the 55th birthday, Jack Ma stepped down from his position, staying on as executive chairman. Alibaba went public on September 19, 2014. “Today what we got is not money. What we got and achieved is the trust of the people,” Ma told exclusively to CNBC.

The biggest day for Alibaba marked in their calendar is China’s “Singles’ Day,” a retaliation to Valentine’s Day which supposedly celebrates the country’s singletons. In 2016, the website recorded nearly $18 billion in sales in just 24 hours.

There is not much information disclosed about Jack’s family as he largely kept his family life out of the spotlight. In the 1980s he married Zhang Ying, a teacher whom he met at school after they graduated. Zhang said, “Jack is not a handsome man, but I fell for him because he can do a lot of things handsome men cannot do”. They both have a son as well as a daughter.

Jack Ma founded a philanthropic organization ‘Jack Ma Foundation’ which focused on improving education, environment, and public health all across the world.

In 2008, Alibaba donated $808,000 after the Sichuan earthquake caused devastation.  Jack Ma was appointed as the trustee of The Nature Conservancy’s China program in 2009 and in 2010, became one of the Directors of the organization.

In 2015, Alibaba Hong Kong Young Entrepreneurs Foundation was unveiled to support the entrepreneurs of Hong Kong, to grow their business. The same year, Alibaba also funded the construction of the houses damaged by the earthquake in Nepal.

In 2019, Forbes awarded him the ‘Malcolm S. Forbes Lifetime Achievement Award’ for his excellent support and help to the underprivileged communities of Africa, Australia, Asia, and the Middle East. He was also itemized as ‘Asia’s 2019 Heroes of Philanthropy’.

In 2020, during the COVID-19 pandemic, Alibaba and Jack Ma Foundation launched several wits to ease the distress caused by the virus. Both the foundation donated medical supplies and other necessities to several countries– the United States and in the countries in Asia, Africa, and Europe.

It is truly said one who becomes famous also faces controversy anytime during the success phase, Jack Ma is also one of them when he faced criticism in 2007. Many people from across the world protested and claimed that the firm ‘Alibaba’ made huge profits through sales of animal products, through its portal. On behalf of his firm ‘Alibaba’ and the interest of animal lovers across the world, Jack decided not to sell products made of Shark flesh through the online portal.