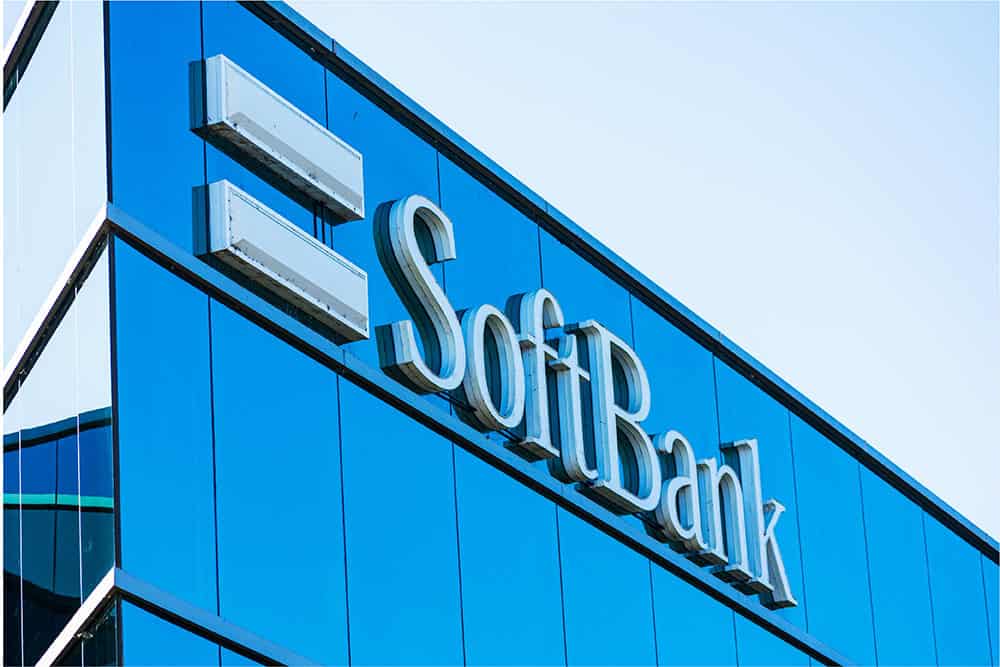 Masayoshi Son was born on August 11, 1957, in Tosu, Saga, Japan, into a second-generation Zainichi Korean poor immigrant family. He was hardworking and ambitious from a young age.

At the age of 16, Son decided to meet Den Fujita (a founder of McDonald’s Japan) who encouraged him to study in the United States.  His enterprising spirit got wings when he moved to the United States for his higher studies and also to learn English. Son completed his high school and enrolled at Holy Names University. After two years he moved to the University of California, Berkeley, where he studied economics and computer science.

In university, one-day he met his Physics professor Forrest Mozer. Son came up with the idea to use the synthesizer as a translator that would pronounce the word that you were trying to translate, and could be sold at airports. Later, Mozer patented the device, and together they made a whopping $1 million (in today’s money) selling their invention to Sharp, an electronic manufacturing company. “He was not familiar with the electronics, but it was clear from the very beginning that he was an entrepreneurial genius,” Mozer says about Son.

In Japan, his father holds a small video game shop, where he imported early consoles of Pac Man and Space Invaders to the US and leased them to restaurants and other small businesses on a profit-sharing basis. Arcade games were just taking off in the late 70s, and Son’s plan was productive — he reportedly made his first million dollars through his little scheme.

During this time he understood that computer technology would soon revolutionize the business world and he could make a fortune. He decided on his own that he would bring out one entrepreneurial thought each day which would translate into huge profits in the future. He completed a degree in BA (economics) in 1980.

By the time young minds were busy in college studies, but Son was thinking a lot different than the others. Soon after graduation, he started a start-up named Unison in Oakland, California. It was later sold to the Japanese multinational company, Kyocera. It was the time when he showed his interest in entrepreneurship and upon his return to his own country, he didn’t stay back in America.

Once he returned to Japan in 1981, he founded a software distribution company called Nihon SoftBank. Later it was shortened to SoftBank. Son founded SoftBank on 3rd September 1981 in Tokyo, Japan.

He was still searching for the base, despite having no software to sell; the young entrepreneur unlocked the striking deal with a retailer named Joshin (Osaka electronics) and top Japanese software developer, Hudson.

The deal proved to be profitable and it was just a beginning when he tasted his first success in the name of SoftBank. Within years the company expanded and was named one of the top companies in Japan’s nascent computer industry- by grabbing 50 percent of the nation’s retail market for computer software by 1984. With this success, Son gets a motivation to venture into other areas including magazine publishing, broadband internet service, and much more. However not all the ventures proved to be successful, as a result, he almost lost a billion dollars on Kingston Technologies in the 1990s.

In the year 2000, he faced a major setback; during a dot com crash, he lost approximately $70 billion, which is one of the inglorious distinctions of losing money in history. However the loss did not break the spirit of Son, he bounced back and started to re-establish his business by making some strategic acquisitions and worked towards rebuilding his fortune. Within the same year, he invested $30 million in Alibaba, a Chinese e-commerce platform. This time the investment proved to be a profitable deal and over the years Alibaba registered phenomenal growth and Alibaba’s initial offering in 2014 valued SoftBank’s stake more than $50 billion.

Alibaba has ended up becoming one of the most valuable companies in the world, and Softbank’s stake has now grown to a bewildering $130 billion, a 2240x return on his original investment. Equipped with Alibaba’s returns, Softbank is now redoubling its hard work into investing in startups around the world. In Vision Fund it has launched a $100 billion, through which it aims to steer the course of technological development for the world.

In 2013 SoftBank attempted to enter into the mobile market and before it was able to buy out Vodafone Japan for around $15 billion. Sooner, Son managed to establish himself as an extensive force in the Japanese mobile industry. His SoftBank telecom registered the most profitable telecom operator in Japan. He also took over American Sprint Nextel in 2013, for $22 billion- the biggest foreign deal ever made by any Japanese firm in the United States.

Apart from the business mind, Masayoshi Son has the reputation of being a generous philanthropist.

Masayoshi Son’s sudden huge spending extravaganza is a part of a tight inner circle network he built through the ups and downs of SoftBank.

It allegedly took 45 minutes for him to score a $45 billion check from Saudi Arabia’s sovereign wealth fund. He also scored cash from various tech companies like Apple, Qualcomm, Foxconn, and Sharp. That’s surely not a coincidence — Son has relationships with those companies dating back decades, partly through his relationship with Steve Jobs, a founder of Apple Inc. Surprisingly, he sold his first company to Sharp before he had even turned 21.

Son’s brother, Taizo, is now also apparently a billionaire from his own tech companies with multiple investments. He remembers the early days of SoftBank as a life-changing period, according to Nikkei Asian Review, a financial daily newspaper in Japan. Taizo told the newspaper, he slept in a shelter of a SoftBank warehouse, where he eventually met Yahoo co-founder, Jerry Yang.

OneWeb’s Wyler said his mutual relationships with Son, paired with around-the-clock due meticulousness, helped him seal a deal with SoftBank within 8 weeks. Wow, that’s quick!

“We already have a massive number of financiers who already had strong relationships with Son,” Wyler said. “The time duration of just eight weeks is not a big-time gap for deals of this size. There were very high levels of decision making and integrity, where if you say you do something you follow through. And that’s what binds people to him. People who work with him, carrying a high level of honesty, feel a high level of personal responsibility. He is careful about his relationships and his bets.”

Why SoftBank Invests So Many Companies?

Softbank’s strategy to invest in the company makes it different from the other SoftBank deals like ‘I will pay more than anyone for your growth’. Investing in so many innovators around the world allows it to import innovation and technology. Several good interviews seemingly confirm that the way he thinks about investing is not only for 5-10 years, but he also has a plan of 300 years to make SoftBank a leading giant in its expertise. The sheer number of companies Son invests in each theme is most likely just a function of supply relative to how much capital he has to deploy (companies have so much equity to offer) and (spreading out his bets across a theme).

From Where Does the SoftBank Get So Much Money to Invest From?

Forbes released the list of the world’s biggest Public Companies, where SoftBank ranked 38 globally. Its business dealings have no limits; the business is wide-spread in various sectors including telecommunications, e-commerce, semiconductor design, a baseball team, and even a robot.

In 2000 Softbank made its most successful investment, at that time Alibaba was just a small company and Son invested in the e-com platform by putting $20 million into Alibaba. The twist comes 14 years later when the investment turned into an estimated $60 billion payday when the Chinese e-commerce giant went public. That’s almost a 3,00,000% profit in 14 years.

With such a huge money backup, it is no wonder that SoftBank became an investing powerhouse across the globe.

SoftBank’s recent record investment is part of what’s known as the Vision Fund – the largest technology investment fund in history. While the $100 billion funds are primarily backed by Softbank, it also includes colossal investments from tech industries and the sovereign wealth funds of Saudi Arabia and the UAE.

SoftBank has powerful strategies in promotion in its marketing mix to reach out to its consumers especially in the mobile market. It timely offers lucrative deals and value-added services (VAS) to increase the share of wallets maintaining its customer loyalty. The company offers free Wi-Fi at various cafes and railway stations, the practice helps to grow its visibility in the market. It gives a massive emphasis on advertisements published in platforms like newspapers, magazines, social media, and television.

The Softbank group is highly reliant on its employees since they are the driving force and the strength of the company. They have employed approximately 69,154 employees as of 2016. The primary focus is on employees, the company offers multiple services like the health and safety of the employees which directly raises the performance and helps to enlarge their customer care services.

Softbank has offices across the globe, which shows his physical presence wherever you go. Physical evidence is created through the sim cards of the brand. The registration forms, customer accounts are another means by which the company provides physical services to the customers. It also serves through free Wi-Fi at cafes or stations. Hence, the process covers the marketing mix of the Softbank group.

SoftBank launched the next-gen mobile networking 5G commercial services on March 27, 2020. SoftBank was the first telecom operator who offered the superfast 5G services in Japan. Moving further, they plan to expand the 5G coverage in the coming years by maximizing the strengths the SoftBank has accumulated in 4G and collaborating with other companies. The company also targets to have 5G networks coverage across all 47 prefectures in Japan by the end of FY2020, with population coverage of over 90% by the end of FY2021.

The group is working to introduce new businesses by leading innovative business models and cutting-edge technologies possessed by SoftBank Group investors in Japan.

Masayoshi Son was considered as the Bill Gates of Japan, many financial reports claimed that he was having more net worth than Bill Gates but after the loss in Dot Com Crash in 2000, he lost in millions of dollars, and he fell back. 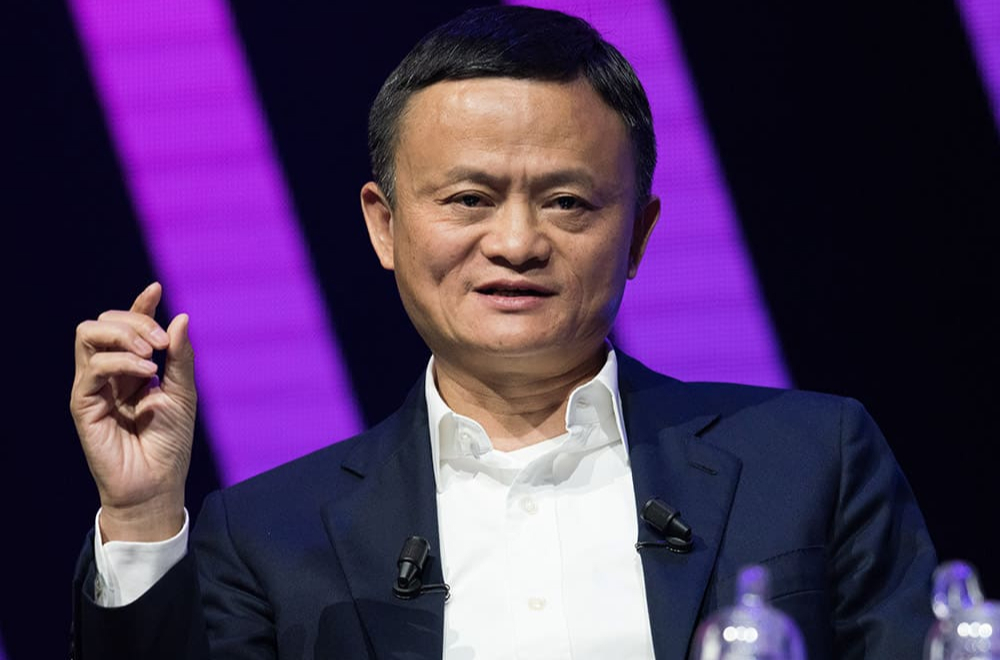