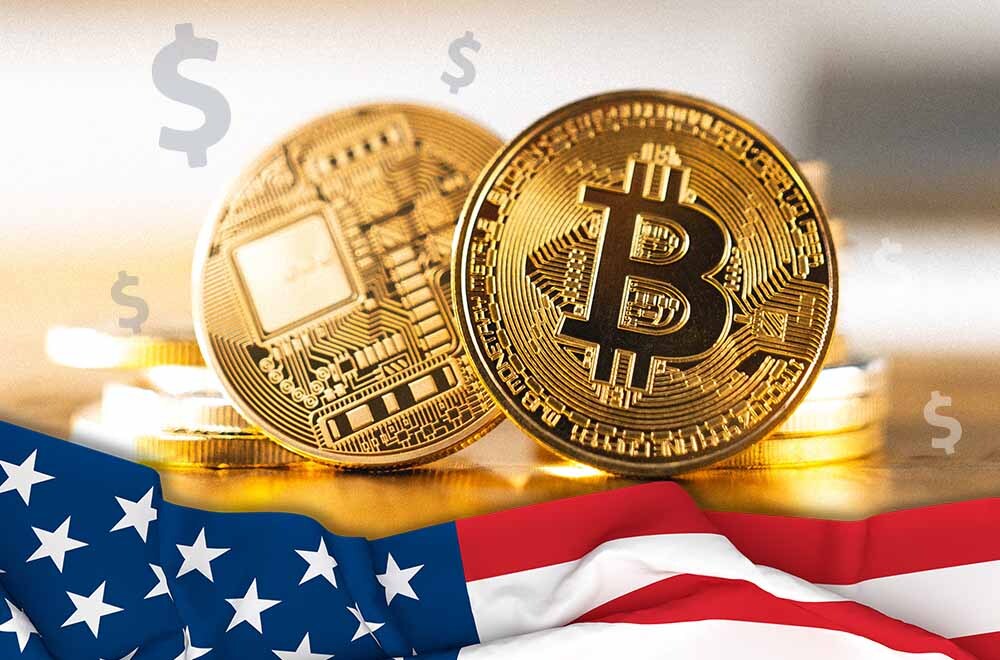 Cryptocurrency has been on a roll lately, rising in price five-fold over the past 12 months. Meanwhile, the US dollar, the world’s reserve currency, has lost approximately 9 percent of its value.

Even though its value is no longer pinned to great stacks of gold in Fort Knox, the US dollar is a steady and trusted currency worldwide. Not only this, the US dollar is one of the most powerful currencies in the world. It’s the reserve currency for the world, supporting international transactions globally. But will it continue to hold that position that’s the question everyone wants to know? Those who follow cryptocurrency news know that in February 2021, Elon Musk’s Tesla started to accept a digital currency. If anyone wants to buy a Tesla car they can make payment in Bitcoin. But on May 12, 2021, Musk announced that Tesla won’t accept cryptocurrency anymore. It was a controversial move from Musk and left everyone confused.

There is indeed a mix of hype and confusion about digital currency. Some accept cryptocurrency as a mode of payment, and some don’t; the world is still in doubt they should consider the payment from cryptocurrency or not. Trade experts believe if the government accepts Bitcoin, it will destroy the economy of the country. No country’s government had mentioned the acceptance of digital currency in the country. It doesn’t matter whether you like it or not; Bitcoin is a reality that can’t be ignored. If the cryptocurrency were a company, it would be a $500 billion company today.

The US dollar is not just a currency, it’s also a symbol of US hegemony

But one theme that stands out in any digital currency deCryptocurrency has been on a roll lately, rising in price five-fold over the past 12 months.bate revolves around the US dollar and central banks. Some see cryptocurrency as the ideal replacement for the dollar, a global reserve, and wide accepted currency. Some cryptocurrency followers and groups fear that the US government runs increasingly large deficits and keeps printing dollars. So they see Bitcoin that is restricted in numbers as a reliable store of value — and free from government intervention; they regard cryptocurrency as a safe shelter. The shortage element of digital currency is also important: you can’t just keep creating Bitcoins indefinitely the way you would print fiat currency (Fiat money is a government-issued currency that is not backed by a commodity such as gold). So some go as far as trusting cryptocurrencies are the future of currency. But can cryptocurrencies, and in particular cryptocurrency, replace the US dollar? Kindly read till the end; we will find the answer at the end.

To know further information,  let’s go back to history first.

After the war, the allies tried to create some stability. In a small New Hampshire town called Bretton Woods, they released an agreement that made the US dollar a worldwide standard. “The dollar was pegged to the price of gold, and foreign currency was pegged to the dollar,” explained Geers. “The US dollar was crowned as the world’s reserve currency. It was a stable source of stored value, a medium of exchange a country’s own currency might not have.”

It’s a truth; nothing lasts forever, though, noted Geers. The New Deal, the Vietnam War, and other factors loosened the Bretton Woods agreement. In 1971, the dollar went floating, with no gold backing. In this scenario, it remained a global standard currency.

“In 2008, Satoshi Nakamoto introduced and revealed both Bitcoin and blockchain,” said Geers. “Asymmetric cryptography, digital signatures, hash functions, append-only time-stamped logs can secure the entire internet with verifiable, immutable transactions.” He pointed out that blockchain is the ledger of this high-tech world. “What happens on blockchain stays forever.”

Kathy Wang (Kathy Wang is Chief Information Security Officer at FullStory) explained in detail how Bitcoin mining works. First, she noted that Bitcoin miners get money by solving mathematical puzzles, but these aren’t just any puzzles. Instead, what Bitcoin miners are doing is auditing the legality of cryptocurrency transactions. “This minimizes the risk that any digital currency holder could spend the same coin twice,” Wang explained. “You can’t do that with a physical dollar!”

Wang also explained that mining cryptocurrency requires a vast base of resources, specifically GPUs and the power to run them. Miners may pool their resources or even steal resources using crypto-jacking malware (a malware that infects computers to use them to mine cryptocurrencies, usually without the user’s knowledge).

There are truly revolutionary benefits of both personal and transactional. You get confidentiality of ownership. At a country level, you can bank your savings without being dependent on the US dollar.

There are also risks specific to cryptocurrency, such as lost hardware, lost passwords, scamming, hacking, and extortion. Typically Central banks protect investors and citizens, but digital currency exchanges may not. In addition, governments will be hesitant to let go of the dollar, of their authority.

Can Cryptocurrency Replace the Dollar?

No one can say what the future will be, but experts can analyze and predict by comparing the current situations. Do you know Visa can process over 70,000 transactions per second, while cryptocurrency would manage just a handful?

After introducing the credit card, it took Congress 15 or 20 years to enact laws recognizing that technology’s existence.

There is no doubt that cryptocurrency is a game-changer, but it will not replace the US dollar in the near term. In the long term, anything is possible but expect government resistance.

Also Read: 5 Cryptocurrency Emerging Startups You Should be Watching